While the Feynman technique is helpful in testing the depth of your knowledge of a certain technique, position, etc., the below exercise can help find the connections between these seemingly disparate pieces.

Six degrees of separation is the idea that all people are six, or fewer, social connections away from each other.

We can apply this idea to BJJ by trying to find the connections within – and between –  these three broad categories:

END_OF_DOCUMENT_TOKEN_TO_BE_REPLACED

How you train off the mats can be just as important as how you train on the mats. In addition to my note taking routine, I also do the following exercise when doing a monthly review or just looking to add new things to my game.

I’ve found that the Feynman technique can be easily applied to BJJ. For example, here is how I’ve used it when learning a new guard.

END_OF_DOCUMENT_TOKEN_TO_BE_REPLACED

As I write this, Covid-19 has brought the world to all but a standstill. For those in the BJJ community, it has brought fear and frustration as gyms have closed and training as we used to know it has ceased for what will be an uncertain amount of time.

What can you do if you can’t train? If you can’t go to the gym, or if you don’t have a partner? This series of posts proposes some alternatives and supplements to popular advice circulating on the internet.

While this series has stemmed from the current situation, there will be more added with the intent that all of these posts may be found useful whenever you find yourself unable to go the gym to train.

Training without a gym contents:

“We want this place to be the best part of your day.” It was the smile on my professor’s face that made me believe he was speaking from his heart.

Last week, the world lost one of my coworkers: a hard-working, pup-loving young man whose life had been cut short just when we started to know the best of him.

It was one of the hardest days I’ve ever had at my job.

We were allowed to leave early and I eventually did late in the afternoon, bright-eyed and dazed. At home, the only thing I could do was sit on the couch and stare at the wall.

A notification on my phone broke through the darkness. It was my reminder for BJJ class.

My body moved on autopilot. Somehow, I had made it to the gym. But it wasn’t until I was walking back home that I realized I’d been able to do normal things for a while – and not think about his passing.

I remember pausing in the middle of the sidewalk, overwhelmed with gratitude.

‘How lucky am I,’ I had thought to myself while staring up at the moon with watery eyes, ‘To have a place to go to in a time like this.’

It’s easy to stop training. Just leave the gi in your bag, forget the bag under the bed, in the bottom shelf of the closet. If you’re lucky, there won’t be any emails or texts asking questions that start with “where.” You can just go back to what you used to do, before you did BJJ. 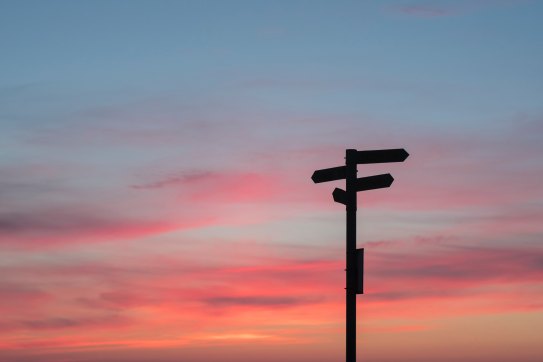 (This is a long post! Feel free to use the contents below to navigate to the bits most relevant to you.)

Choosing a new BJJ gym is one of the most daunting tasks in a person’s BJJ career. Some are lucky to start BJJ with a gym that was either recommended to them or in their area, and basically never leave.  Others have to go through this song and dance multiple times, either because of things outside of the gym (ex. moving to another city) or unfortunate incidents at that gym (ex. scandal, drama).

In any case, this post is intended to help you choose a BJJ gym that’s right for you, whether it be your first one ever or switching to a new one.  Note that this is not intended to tell you which gym to choose – but rather, to share a framework that you can adapt to your own needs to make what can be a very stressful decision into a more logical process.

END_OF_DOCUMENT_TOKEN_TO_BE_REPLACED

Welcome to Rolling with the Big Boys, a blog by a small BJJ girl in a big BJJ world.

There are a lot of different things here, from technique discussions to narrative essays, gear reviews to learning Japanese, so feel free to wander around.

Some recommendations to start you off:

Some of my BJJ notebooks from the past few years

For most people, note taking in BJJ is a list of techniques and drills that were covered that day, or subs and passes performed successfully while rolling.

Note taking in this way is a logical way to start, especially if you’re brand new to BJJ. Not only does the act of writing help with knowledge retainment, it’s also a good way to keep yourself accountable and make sure you come to class regularly, which is arguably the most important element of progressing at all.

However, I think note taking becomes more useful after you have a bunch of notes already accumulated. My recommendation is twofold – first, set aside time at a regular cadence (ex. every weekend, end of month) to sift through these records and find patterns in your performance.

END_OF_DOCUMENT_TOKEN_TO_BE_REPLACED

Lately I’ve been finding myself trying the sickle sweep but was finding it very awkward. When I reviewed Emily Kwok’s video, however, it became clear that the biggest problems were understanding which leg I was attacking and adjusting my hips to that leg.

(Note that she goes into a variation and drills after 1:43 but I won’t be talking about those in this post)

The part that I wanted to point out is 1:35 because it gives a good angle of how you have to focus on one leg.  It’s very clear at 1:35 that Emily is attacking her partner’s right leg (left from the viewer’s point of view) – most of her body is on that side, and actually, she’s almost outside of her partner’s leg.

In addition, she’s almost completely on her right side, so that her hips are facing the leg that she’s attacking.

Why is the direction of her hips so important?

Because that’s where her power comes from. Particularly for this sweep (and perhaps the argument can be extended to all sweeps), Emily needs to have both mobility, since she’s moving each of her legs in opposite directions, and power, which comes from driving up with her hips – which is what allows her to come up so smoothly as well.

It’s a very subtle thing, but I’m finding it to be a concept that keeps popping up. So again main takeaway: focus on one leg, then aim your hips in that direction.

Hope that helps!  Try it out the next time you train :)